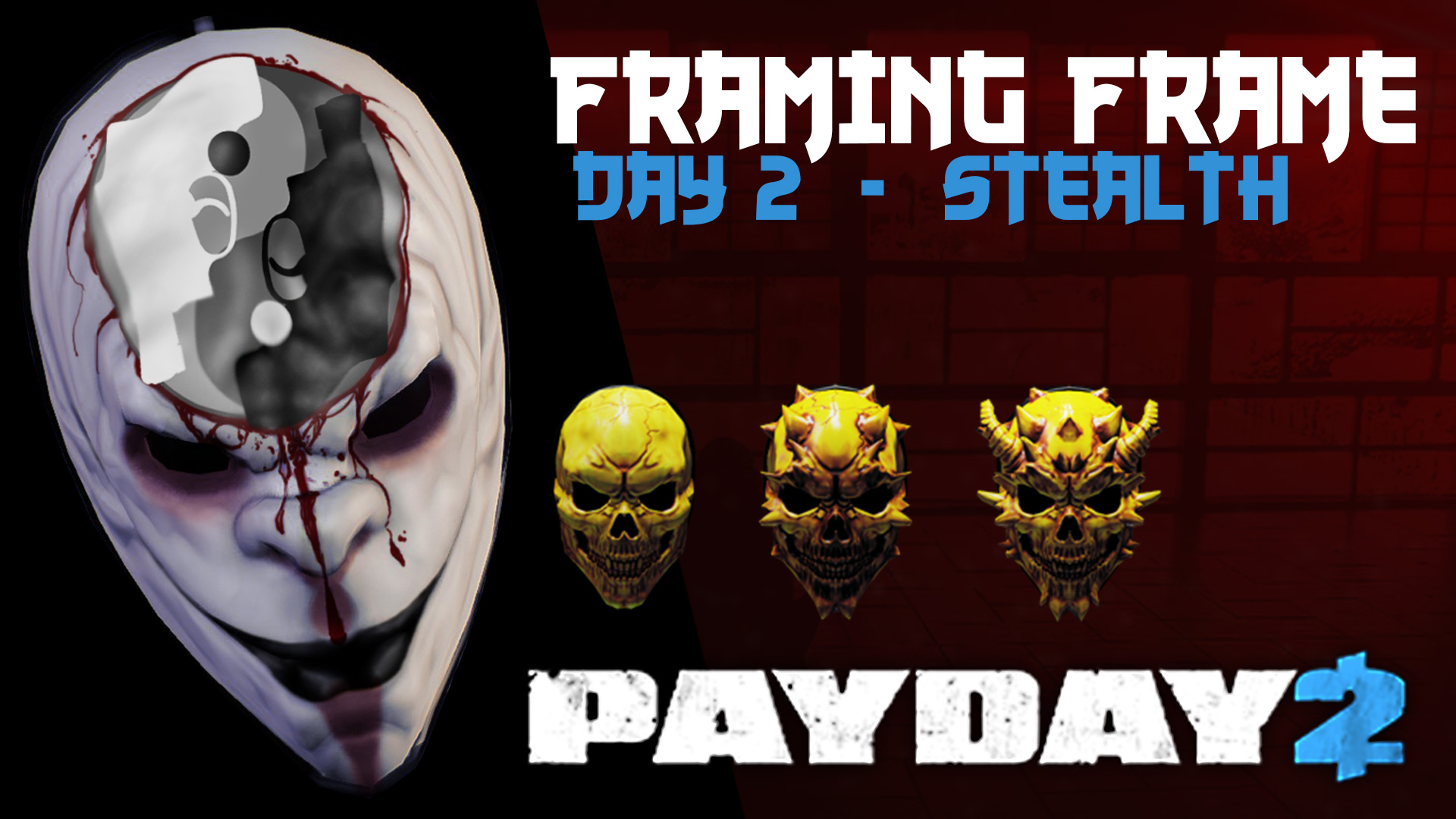 FRAMING FRAME: DAY 2
[youtube=https://www.youtube.com/watch?v=sR_GamfCAWE] PLANNING
There’s a sniper in the assets which will prove halfway useful on the last leg of this trip. I say halfway – because if you’re in Overkill mode, the turret truck that shows up to attack you is far more helpful than the sniper. Speaking of which – make sure you have at least 2 ECM Jammers in your crew loadout. When you drop an ECM – it makes the turret truck target the cops. As I said – FAR more useful than a sniper.
Also – you’re going to want someone with an OVE9000 Saw to cut through the grate for easier passage.

CASING
No real casing to speak of. This map is virtually a straight line from where you spawn in to your objective. It’s basically like an ‘Escape’ map, but a few minutes delay as you talk to the dudes in the helicopter.

ENTRY and EXFIL
You’ll spawn in near the train. Have one of your dudes answer the phone, and go through the whole opening BS of tossing paintings to the helicopter for cash. Once you have the cash the real clusterfuck begins.

Have your SAW guy cut open the nearby grate, and toss all the cash into it from the relative safety of the train. There’s a chance of ambush at this point, so you may be forced to dump all the cash in the crate and jump in immediately after it.  If no ambush appears, you may want one person to run into the train depot and control the civilians. Take some hostages just in case. Cart all of the bags through the sewers and out the opposite side of the depot.

At this point, invariably the police will have arrived with a turret truck. You may want one person to stay and guard the bags in the little room just up from the sewer exit. Get an ECM jammer ready and stage in cover behind a wall. Once the van starts murdering its own guys, start running the bags across the tracks to the escape van.

If you leave one man behind to guard the bags, you’ll need 2 more trips. If you haven’t you may need to fight some cops off and recover a bag or two which can be a hassle, but you can do the last run with another ECM jammer.